I’m a huge fan of the Athens based rock band GhostSeason. Not only is the opening and closing track of my radio show are songs from their awesome album Like Stars In The Neon Sky, but my book trailer for In Times of Violence also features one of the songs, War Of Voices from their album.

As you probably know, I live in Corfu Greece. Which if you know of your geography Athens in mainland Greece and it would be very difficult for me to see GhostSeason live.

They are about to leave Greece for a UK Haunting tour 2019.

But lucky for me, I’m over in the UK at the moment and they are actually playing in what just to be my local bikers’ bar King Billy, in my home town Northampton. So I’m so frigging excited that I’m going to meet them and have the opportunity to listen to them live.

Watch and listen to this haunting acoustic version of Highway from their new EP From The Otherside.

Ghost Season is a high energy Alternative Metal band from Athens, Greece.
Formed back in July 2013, Ghost Season was an idea spawned by Dorian Gates (bass). Within weeks Nick Christolis (guitar) joined to complete Dorian’s vision. The purpose was to create fresh, new material in patterns of Hard Rock and Alternative Metal music. Among the bands that inspire Ghost Season are Revelation Theory, Shinedown, In Flames, Disturbed, Crossfade, Pop Evil, All That Remains, Alter Bridge ect. The goal of the band is to play dynamic and vibrant music, bridging aggressive and melodic elements while keeping the focus on live energy and enjoyment.

Ghost Season completed recording their first EP release “Ghosts like Her”, which was released on September 2014 and received positive reviews especially in the US from fans and critics alike, while they were working at their full length album and scheduling numerous upcoming shows locally in Athens and around Greece. In September 2015, Hercules Zotos joined Ghost Season as their voice and Helen Nota sat on the drummers seat.
Late 2015, Hercules and the band went in the studio for the recording of their first single titled “Break My Chains” which was released on December 2015 as a first taste of their upcoming album.

In February 2019, with the recruitment of their new singer Tasos Lazarus and drummer Jerry Dzerefos, Ghost Season released their 2nd EP “From The Otherside” which contains acoustic versions of songs from their first LP “Like Stars In a Neon Sky” and 2 cover songs. With the success of the album “Like Stars In a Neon Sky” and hopefully the EP “From The Otherside” the band will continue down that same road of success and planning to release their 2nd full length album also in 2019. Ghost Season are standing firmly on their feet ready for the next chapter in their story. Keep your ears to the ground and prepare to be GHOST SEASONed! The band will be touring United Kingdom on their “The Haunting UK Tour 2019” starting July 19th 2019. 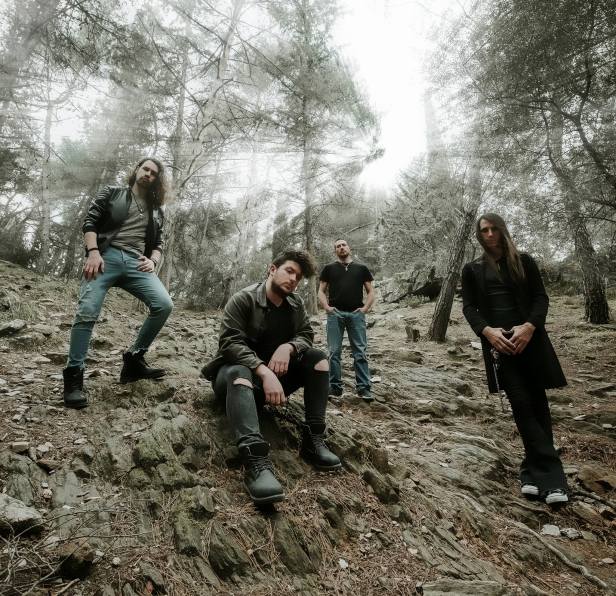 In Times Of  Violence
https://books2read.com/ITOVYAE

A Flash of Horror
http://mybook.to/AFOH

Official Book Trailer For The Quest